Genetics is the study of the transmission of characteristics from one generation to the next. On this page you will find articles about all things equine and genetics. We will be adding to these over time, so if you have a particular question you would like addressed, let us know via the ‘Contact Us' link.

The Base Coat Colours

This is a block of text. Double-click this text to edit it.

The base coat colours of the horse are chestnut, bay and black. All other colours and patterns are created by genes that modify or add some form of white pattern to the base colours.

Coat colour is determined by the relative amounts of the pigment’s eumelanin and pheomelanin, which are both types of melanin. Eumelanin is a dark pigment responsible for the black coat colour and brown based hues, while pheomelanin is red and in horses causes the chestnut coat colour.

The amount and distribution of these two pigments on the coat is determined by two genes: ASIP and MC1R.

Firstly, we will consider chestnut coat colour, which is determined by the gene called MC1R, of the melanocortin 1 receptor. The symbol for the alleles of this gene are ‘E’ and ‘e’. E stands for extension, one of the alternate names for this genetic test, which is also sometimes called red factor or red/black.

Chestnut horses have a single base change in both copies of their MC1R gene that triggers the pigment cells to only produce phaeomelanin. Horses carrying two copies of this recessive ‘e’ variant will only have red pigment and will be chestnut. This action is independent of the ASIP gene. This horse would have the genotype ‘ee’ at this locus.

A research paper in 2000 reported on a second chestnut allele. It is called ‘ea’ and acts in the same way as the normal e allele does. It is located only a couple of basepairs downstream of the e allele, so it is linked to it. It is also very rare, only being identified in a few breeds including German Black Forest horses. Because it is linked to the normal e allele, we don’t offer a test for this specific variant.

If the horse is not chestnut, it must have one or two ‘E’ alleles, allowing the cells to produce eumelanin. This permits the presence of black or dark pigment in its coat. The distribution of black is dependent on another gene called agouti-signaling protein (ASIP), which is often just called agouti. The two variants of agouti are ‘A’ and ‘a’.

If a horse has one or two ‘A’ alleles, the black colouring is restricted to the points of the horse, and it is bay. The genotype of a bay horse is E-/A-. The dashes indicate unknown alleles. If the horse is not chestnut, and only has the recessive ‘a’ ASIP allele, it will be black. Its genotype will be E-/aa.

While we have a good understanding of how these base colours are inherited, there is still a lot that is unknown. Genetically speaking, there are no brown horses, they are either dark bay or faded black. So why do some horses look brown? Recent research has indicated that there are other genes that can alter the base colours to create dark bay and liver chestnut. This will be discussed in another article.

Why would you order these tests?

The base coat colours: A bay horse with a red coat and black legs, mane and tail (E-/A-) on the left; a chestnut horse with a completely red coat (ee/--) in the centre, and a black horse (E-/aa) on the right. 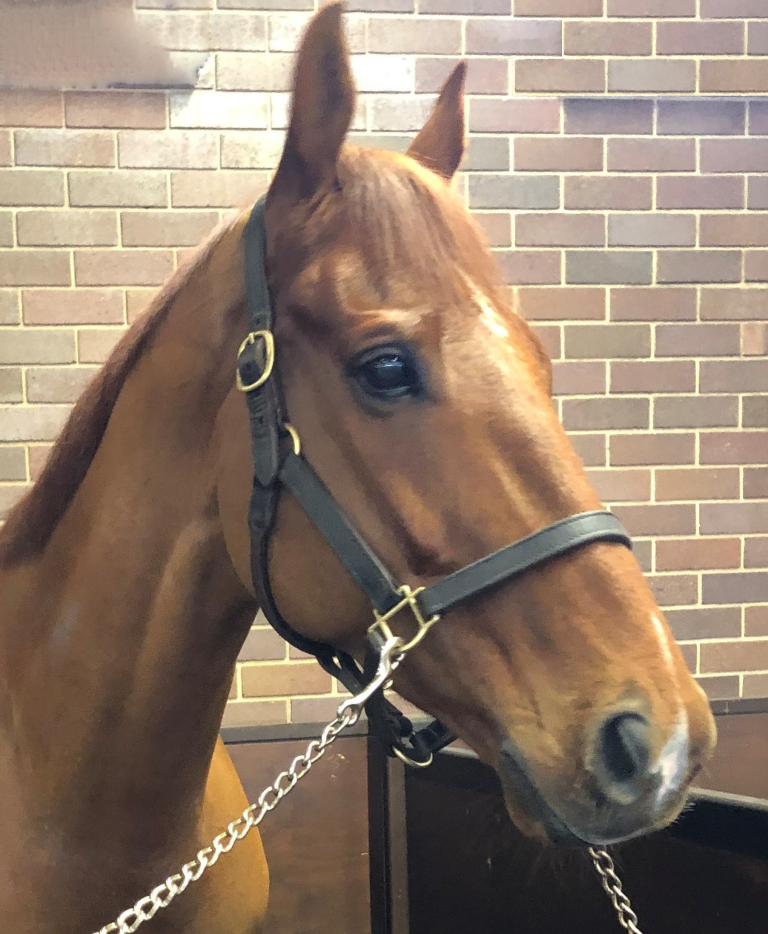 This is a block of text. Double-click this text to edit it.

Here you will find definitions for many commonly used genetic terms

Changes in the DNA sequence cause a different version of a gene, called an allele. Alleles are also often called variants.

Amino acids are organic compounds made of nitrogen, carbon, hydrogen and oxygen. They are the basic unit of proteins. The DNA sequence in a gene encodes a string of amino acids which will undergo modifications to become a protein.

A chromosome that is not a sex chromosome. Each horse normally has 31 pairs of autosomes, with one of each pair inherited from each parent. When the term autosomal is used to describe the mode of action of an allele, it means the allele is not sex-linked.

DNA is made up of a sugar phosphate backbone (string) and four nucleotides (bases) called adenine (A), guanine (G), cytosine (C), and thymine (T). DNA is double stranded so these bases are counted in pairs.

A carrier of a genetic disorder has one copy of a recessive allele. The allele is recessive, so the horse does not show any signs of the disorder, but ‘carries’ the allele and can pass it on to their offspring.

When two fertilised eggs fuse to create a single animal, that animal will have one set of cells with one set of DNA mixed in with other cells that contain a different set of DNA. Chimerism is extremely rare.

DNA is arranged in long strings called chromosomes. Each horse normally has 31 pairs of autosomes and two sex chromosomes, either XX (in females) or XY (in males).

Because most genes occur on autosomes, each horse has two copies (alleles) of most genes. If the different alleles of a gene are co-dominant, it means that both exert their full effect on the animal. An example of co-dominance is in people of the AB blood type. They have alleles for both the A and B blood type and both are expressed.

A trait that is influenced by both genetic and non-genetic (environmental) effects.

A compound heterozygote has two different alleles on the same gene. An example would be a horse that is SW1/SW5. They carry one copy of SW1 (a 10 base pair insertion in the MITF gene promotor) and one copy of SW5 (a deletion of 63,000 bases from the MITF gene). They have no copies of the wild type gene.

Deoxyribonucleic acid (DNA) is a molecule that contains hereditary material that is passed down generations. DNA is made up of a sugar phosphate backbone (string) and four nucleotides (bases) called adenine (A), guanine (G), cytosine (C), and thymine (T). DNA is double stranded.

The order of nucleotides on a DNA strand.

Because most genes occur on autosomes or the X chromosome, each horse has two copies (alleles) of each gene. Dominance is when one allele masks the effect of the second.

A genotype that stops the embryo from developing is called embryonic lethal.

Heritable changes due to modification of gene expression, for example through the addition of chemical groups or changes in tertiary structure of DNA.

All the modifications to the DNA that regulates the activity (expression) of all genes.

A sequence of DNA that contains the instructions to create a protein.

When a gene is turned on to make a protein. First the gene sequence is transcribed into RNA, then translated into a string of amino acids which are modified to create the protein.

Genetics is the study of heredity, the process by which parents pass information onto their offspring. Genetics is also the study of the characteristics of particular genes.

All of the genetic material in an organism.

The study of all of the genetic material in an organism, often in more than one individual.

A description of the specific gene variants carried by in an animal.

Genome wide association analysis. A scan of the whole genome to identify regions associated to a particular trait.

A combination of alleles that are inherited together, usually because they sit close to each other on a chromosome.

The reason for the similarity between parents and their offspring. The transmission of characteristics down generations.

Having two different alleles at a particular locus or place on the genome.

Having the same alleles at a particular locus or place on the genome.

If an allele has incomplete penetrance, not every animal with that allele will express its full effects. Some animals with the allele may never show signs of that trait. An example is the disorder MYHM.

A gene is a DNA sequence that contains the instructions to create a protein. Often the instructions are not continuous, so genes are made up of coding regions (exons) interspersed with regions called introns that do not code for protein.

The location of a particular marker or gene on a chromosome.

A DNA sequence (like a gene) or variant which has a known location.

Microsatellites are areas of very short (1, 2, 3 or 4 bases) repeat sequences, e.g. CACACACACA. The numbers of repeats are highly variable and can be traced from parents to offspring. Microsatellite markers (also called short tandem repeats) are the markers analysed when creating a DNA profile or in parentage verification.

The way a trait is inherited and its action; eg autosomal recessive.

A gene that modifies the action or product of another gene.

A variation in the nucleotide sequence of DNA compared to the wild type (reference) sequence. The term mutation is often associated with a disease variant.

Intergenic (between genes) and intronic (within genes) DNA that is not translated into a protein. It is assumed to have other functions to regulate gene expression.

There are four types of nucleotides (bases) called adenine (A), guanine (G), cytosine (C), and thymine (T) that make up part of the DNA strand. The arrangement of these nucleotides in order is called the DNA sequence.

The appearance of the animal, what is observed. This includes behaviour and physiology as well as physical appearance.

When a single gene affects multiple phenotypic characteristics. An example is some Splashed White mutations which can affect both coat colour and hearing.

Sequence at the beginning of a gene that contains motifs to which proteins bind to and turn on translation of the gene into RNA.

A variation in the nucleotide sequence of DNA compared to the wild type (reference) sequence. The term polymorphism is often associated with a benign variant that doesn’t cause disease.

One of the modes of action of an allele. A recessive trait needs two copies of the recessive allele to produce (express) the phenotype. For example, the chestnut coat colour is recessive to bay.

Ribonucleic acid (RNA) is similar to DNA but is a single stranded molecule. RNA contains uracil (U) instead of thymine (T). When a gene is switched on, the DNA in the gene is transcribed into a string of RNA, then RNA is translated into a string of amino acids before being processed into a completed protein.

Single nucleotide polymorphism. A type of mutation consisting of a single letter change in DNA sequence.

The creation of RNA from DNA.

The creation of a protein from an RNA strand. First the RNA is translated into a string of amino acids, then this is processed and packaged into a mature protein.

The wild type version of a gene is the original version that existed before a mutation occurred. It is the ancestral version. 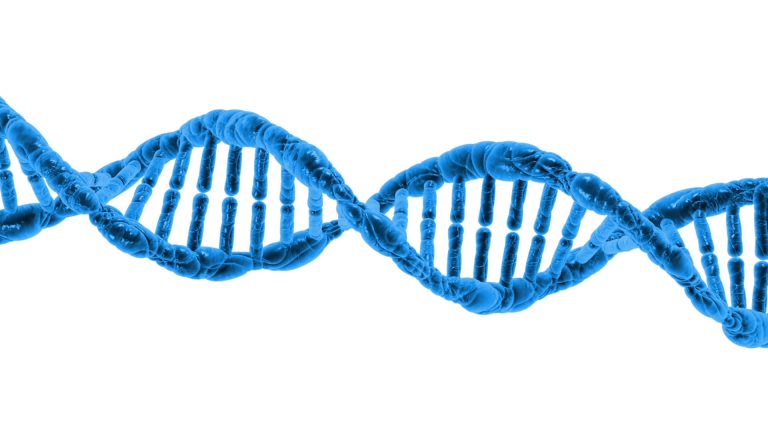